Fears of electoral fraud are rising in the Democratic Republic of the Congo after officials said a total block on internet connections and SMS services imposed after the chaotic presidential poll could last for several weeks.

Both the opposition and ruling coalition have claimed victory in the elections – the third poll since 2002 and the end of a civil war in which millions died.

The election, which some observers hope may bring a measure of political stability to the vast central African country, was marred by widespread logistics problems, insecurity and an outbreak of Ebola. Millions were left unable to vote. 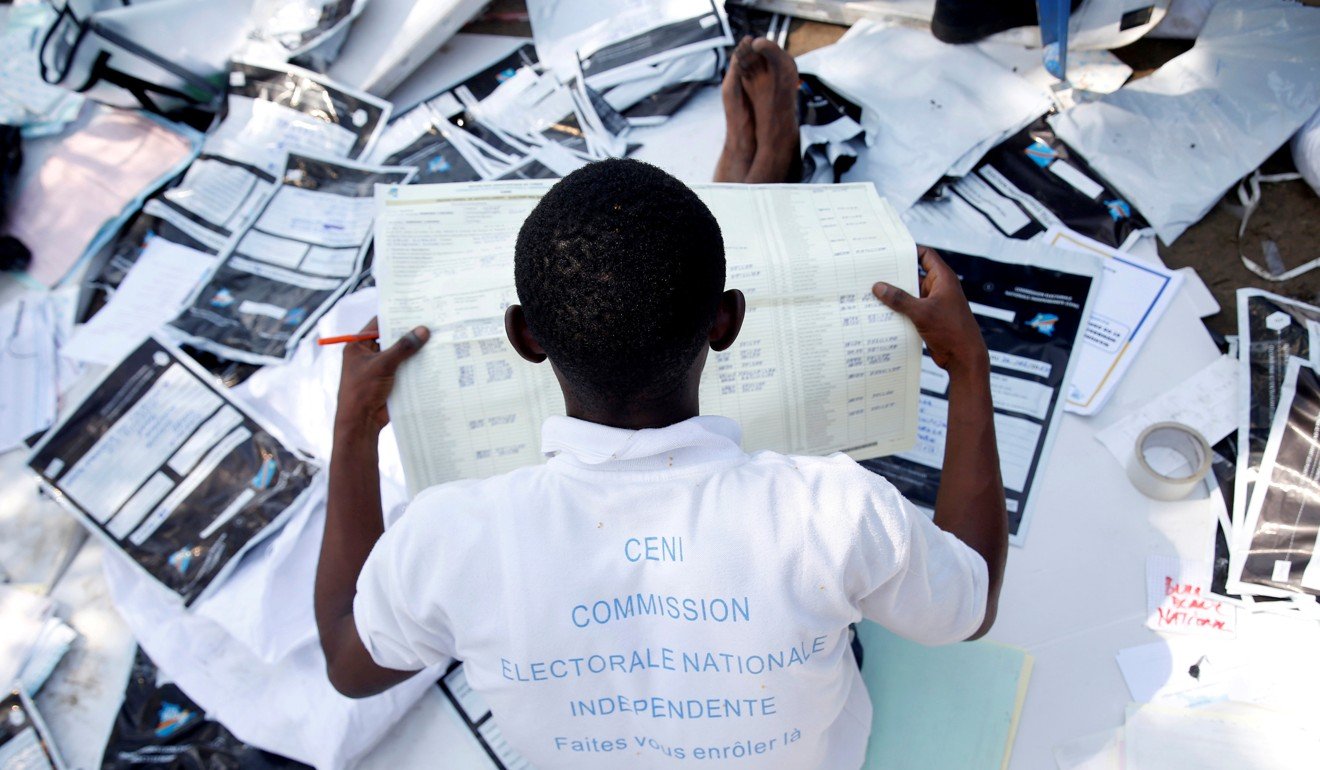 “There are people who have indoctrinated the public with false numbers about this election. This has laid the groundwork for a popular uprising,” he said Tuesday.

Karubi did not say how long internet access would be down in the country which rivals continental western Europe in size,

The signal to Radio France Internationale (RFI), one of the most popular news sources in the DR Congo, was also down, and the government withdrew the accreditation of RFI’s main correspondent late on Monday for having aired unofficial results from the opposition.

Opposition activists said they believed the internet had been cut off to prevent people circulating information that could allow the official count to be challenged when it is announced.

“It is very straightforward. They don’t want us to compile our own totals of votes,” said one Kinshasa resident who requested anonymity. 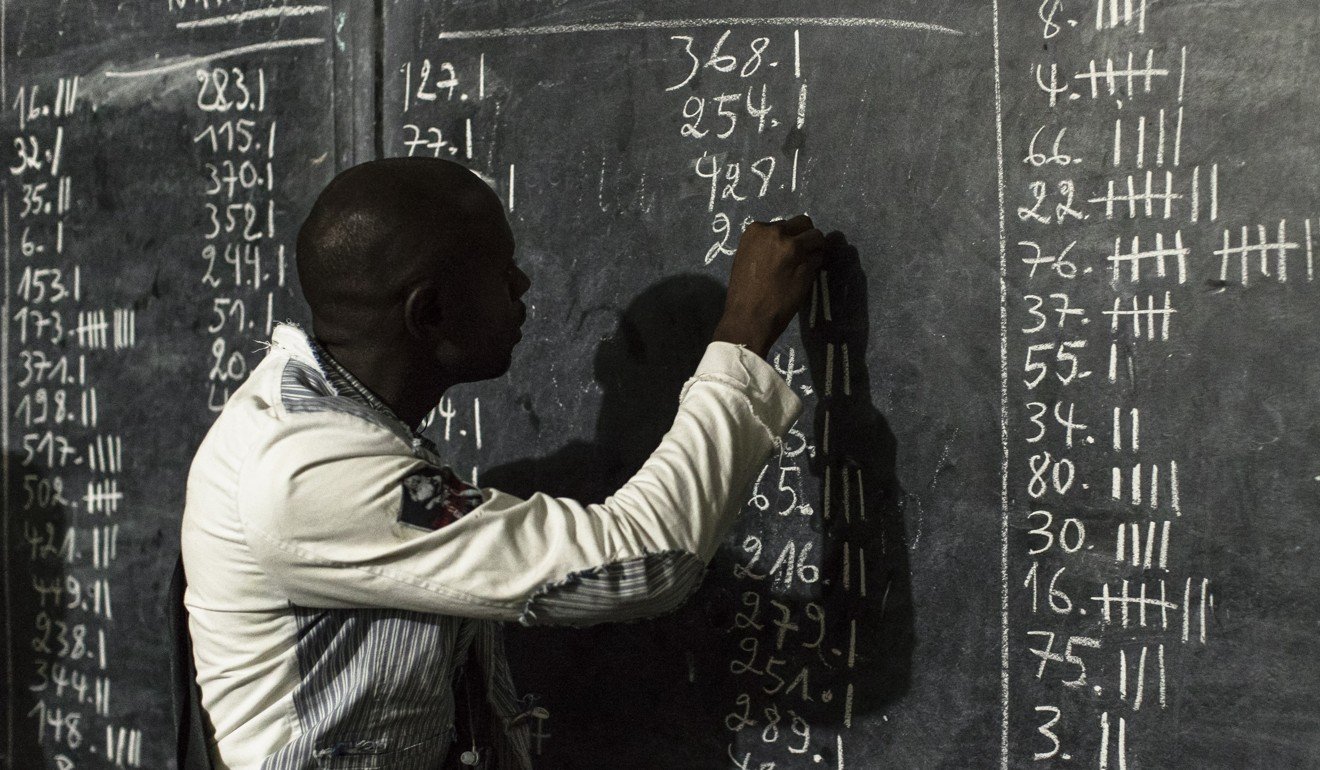 Olivier Kamitatu, a spokesperson for opposition candidates, said the media crackdown was part of a “plan to obscure the truth of the ballot box”.

The measures drew a sharp response from several western powers. In a statement supported by the UK and France, the EU and the US called on authorities to restore the internet and to allow the country’s two main election monitors – the National Episcopal Conference of Congo (CENCO) and Symocel, an alliance of citizens’ observer missions – access to the count.

The election, which passed off mostly peacefully, could bring about the central African country’s first ostensibly democratic transition of power in its troubled history and chart a road to a better future. Others fear renewed instability if the opposition rejects the results and calls for protests. 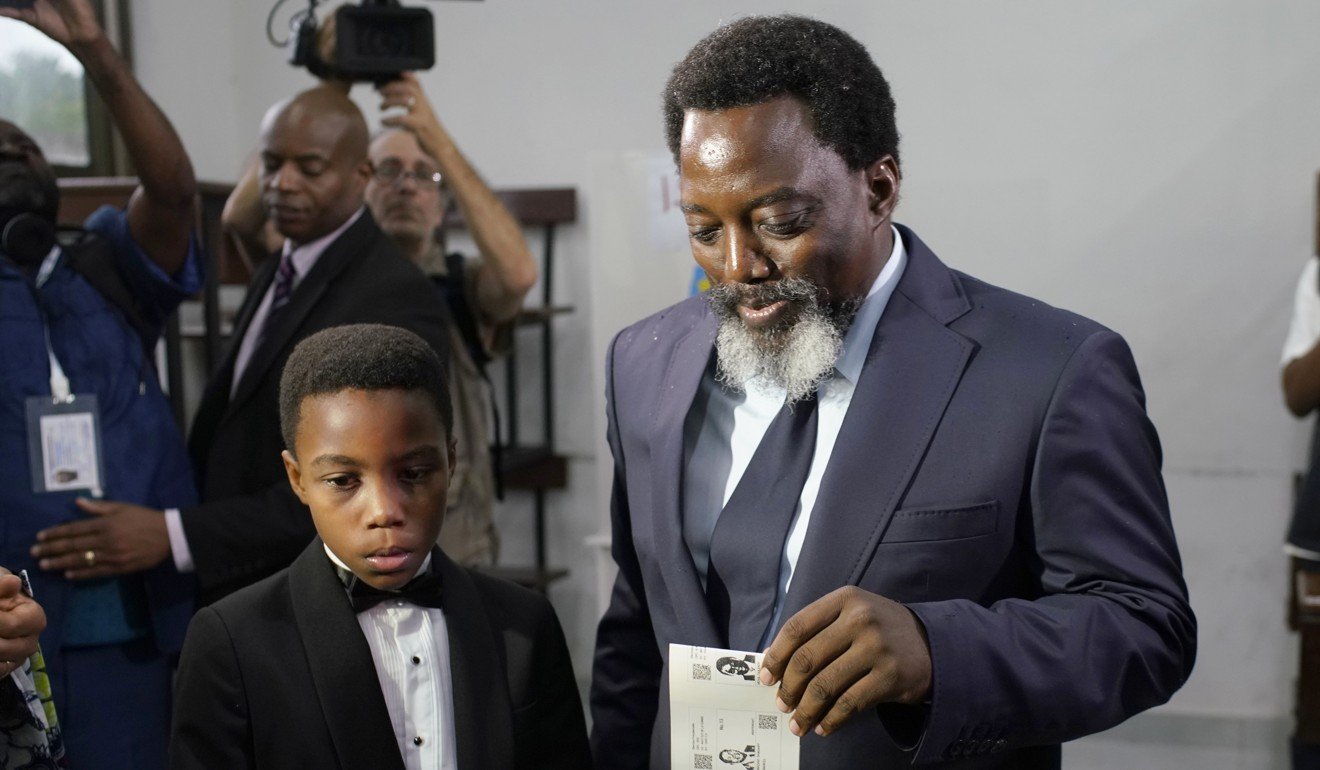 Already delayed by two years, the poll was postponed by a further week to allow more time to overcome logistical challenges in a country of 80 million inhabitants spread over an area the size of western Europe with almost no metalled roads.

Kabila’s second electoral mandate expired in 2016 and he only reluctantly called new elections under pressure from regional powers.

The constitution forbade him from standing again and critics claim he hopes now to rule through the hand-picked government candidate, Emmanuel Ramazani Shadary.

DR Congo, ravaged by Ebola and war, is the ‘most neglected crisis’ of 2018

The president congratulated “the Congolese people” for having “accomplished their civic duty in peace and dignity” in a new year address broadcast on national television on Tuesday.

Pre-vote opinion polls indicated that Martin Fayulu, a little-known legislator and former oil executive until a coalition of opposition parties chose him as its candidate, was the favourite to win the election.

This week, Fayulu complained about irregularities but said he was encouraged by the determination of Congolese people to vote despite long queues and voting machines that broke down.

“I call for vigilance across the board and the general mobilisation of all Congolese so that the truth of the ballot box, the sole witness to the will of the Congolese people, can reward their efforts and sacrifices,” he said. 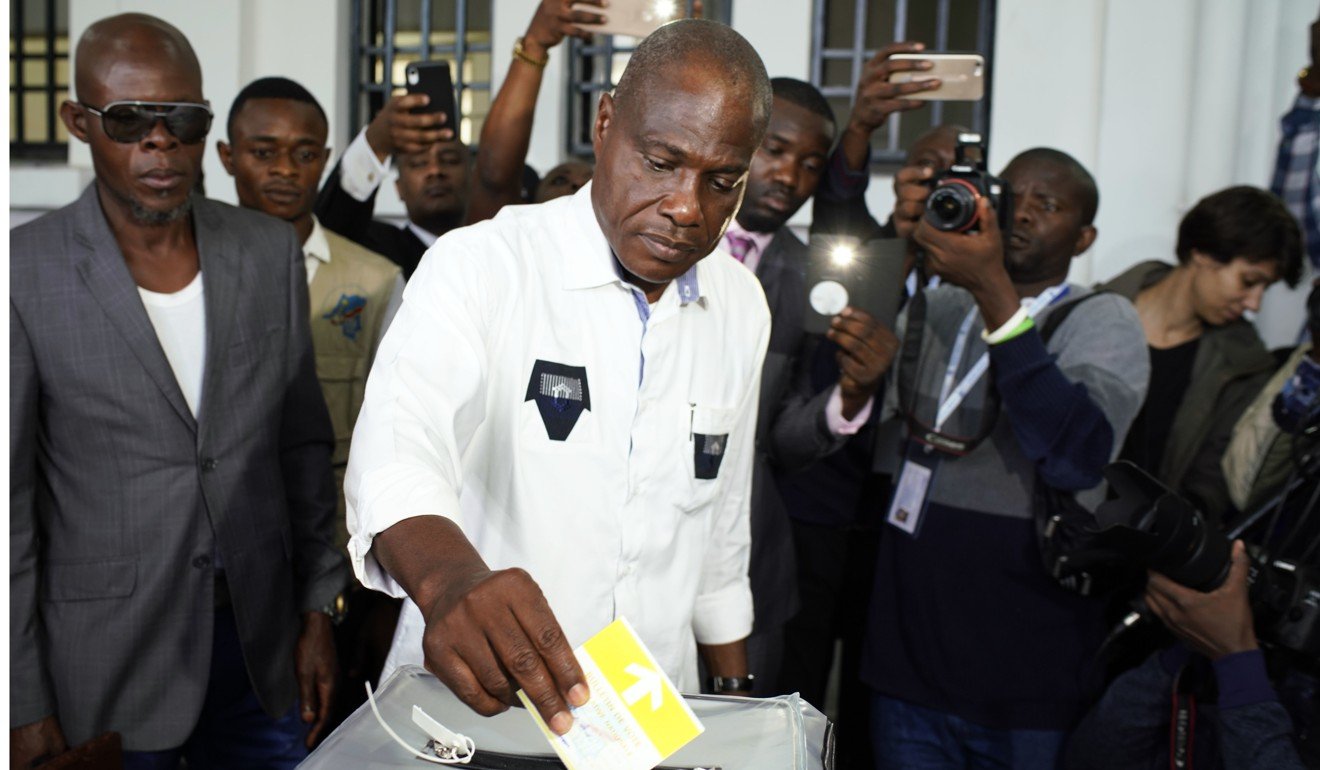 Members of Fayulu’s campaign team have accused the government of ordering the shutdown to avoid broadcasting his “overwhelming victory”.

DR Congo refused international offers of help to conduct the elections, claiming it would compromise its sovereignty.

Hundreds of polling places opened hours late because they did not have the needed lists of registered voters.

Many voters could not find their names on the lists and there were problems with more than 500 of the electronic voting machines.

Many polls stayed open into the night to allow those waiting in line to cast ballots. At least one Kinshasa polling station did not open until after the official closing time.

The government’s last-minute decision to bar an estimated 1 million people in two opposition-stronghold cities from voting on Sunday, citing the deadly Ebola outbreak in the eastern part of the country, prompted protests.

The DRC suffers from widespread corruption, continuing conflict, endemic disease, and some of the world’s highest levels of sexual violence and malnutrition.

It is also rich in minerals, including those crucial to the world’s smartphones and electric cars.

The country has not known a peaceful transfer of power since winning independence from Belgium in 1960.

The Morning Call – We are currently unavailable...

Five things to know this week: All eyes...

Secretary of State visits WWHS to give students...

How do you know your vote is secure?