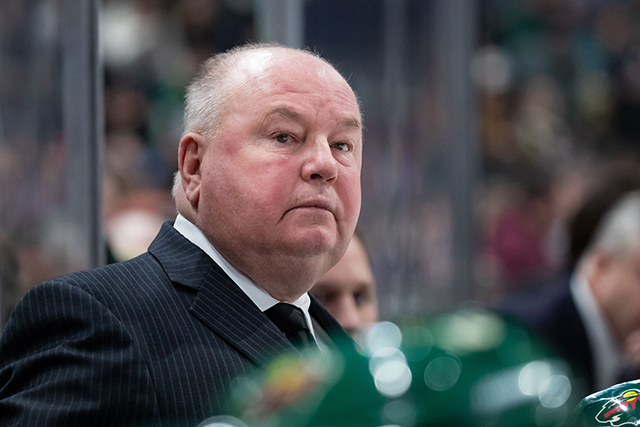 Wild move. The Star Tribune’s Carlos Gonzalez reports: “Wild coach Bruce Boudreau was fired Friday morning and will be replaced, on an interim basis, by assistant Dean Evason. … Boudreau, in his fourth season, got the word he was being dismissed at Tria Rink from first year general manager Bill Guerin as he prepared for the team’s morning practice. … The Wild blew a 3-1 third period lead Thursday night at Xcel Energy Center and lost 4-3 to the New York Rangers in a shootout. It is 27-23-7 this season and has 61 points, three short of the final playoff spot in the Western Conference. ”

These guys just can’t win. City Pages’ Susan Du reports: “A Ramsey County judge had some choice words for Minnesota’s main voter suppression group this week, ruling the Minnesota Voters Alliance is not allowed to intervene in a landmark case that could restore the vote for felons on probation, parole, or another form of supervised release. … The American Civil Liberties Union is currently suing Secretary of State Steve Simon, Minnesota’s chief elections official, to restore voting rights during the probation period following a felony conviction. … The MVA accused Attorney General Keith Ellison of failing to defend the state law merely because he doesn’t like it. Its case argued that individuals are barred from suing the government based on alleged violations of the state constitution, and that Ellison could’ve had the ACLU suit dismissed had he only pointed that out. Instead, the attorney general allowed the litigation to proceed at taxpayer expense. … That’s a Bad Legal Take in Ramsey County Judge Richard H. Kyle’s opinion.”

But in legal victories… The Star Tribune’s Mara Klecker reports: “The Minnesota Supreme Court has ruled in favor of a group of Bloomington residents who sued the city after it adopted organized trash collection without putting the matter up for a citywide vote. … Wednesday’s ruling said the proposed amendment to the city charter was constitutional and did not represent an improper referendum.”

Climate protest. The Minnesota Daily’s Jiang Li reports: “Approximately 30 to 40 University of Minnesota students staged a ‘die-in’ Thursday on the floors of Coffman Union to raise awareness about the effects of climate change. … The protesters also called for the University to be transparent about whether it invests in the fossil fuel industry. ”

Not in a cave, though: “Inside a Klobuchar fundraiser: Wine, panini and an anniversary remembrance” [Star Tribune]

Jinxed it: “Charges: Bank Robber Said Heist Was ‘Easy As He Thought It Was Going To Be’” [WCCO]

Congrats to the employees: “Delta’s profit-sharing payout hits record $1.6B, with $130M in Minnesota” [Star Tribune]

Quite a tax bill on this: “Months after sweepstakes, HGTV ‘Urban Oasis’ dream home in Minneapolis is up for sale” [Star Tribune]

Chicago Tribune – We are currently unavailable in...

Opinion: The war on drugs is, and will...